A few weeks ago I met up with these two lovely people for a wander, a chat… and a few photos here and there of course.

Katherine and Sam chose to host their pre-wedding shoot at Fountains Abbey in Ripon which, if you haven’t been before, is a National Trust site featuring a stunning ruined Abbey, gardens and a deer park with amazing views from all angles. It’s well worth a visit as you could easily spend hours wandering around and never cross the same path twice. (It’s also dog friendly so I’ll remember that for next time!) I have been once before, but only ever ventured as far as the Abbey itself, so I never realised that there was so much more to see. Thanks to Kat and Sam for showing me around!

Fountains Abbey is particularly special to the two of them as this is where Sam chose to propose. He did so by Anne Boleyn’s seat, the view from which you can see below is truly stunning – although at the time he proposed the ground was covered in snow so I can only imagine how much more magical the abbey looked then.

With their June wedding at Oakwell Hall fast approaching, we couldn’t not talk about their wedding plans! They had recently been menu tasting with the guys at The Outside Kitchen, their chosen caterers, so excitement levels were pretty high. By the sounds of it there will be no shortage of good food present on the day.

I had so much fun shooting with these guys, it was pretty much a constant stream of laughter from beginning to end and I can’t wait for their big day in a few months time. x

26 years old. Lover of cats, dogs, plants, the colour green and weddings, of course! Find out more on my ‘About Me’ page. 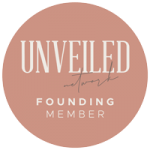 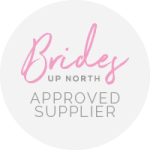